Our native garden covers about one acre of a two-acre block with beautiful red soil at Beecher.

The property slopes downhill from West to East.  When we purchased it the whole area had been burnt off leaving only the bigger Eucalypts, Acacias and Xanthorrhoeas.  A section in front of the house was covered in black plastic held down by small unattractive local stones and had a HUGE cactus growing in the middle. Another small garden was planted with “mother of millions”!!

For 27 years I have labored with determination and love. I have marked out areas for gardens, covered them with thick layers of overlapping wet newspaper and mulched them heavily.  I dug holes and planted first the larger trees and later the understory trees and shrubs.  Most of these I have grown myself from seeds or cuttings that I begged or stole from long-suffering friend’s nurseries. As much as possible, I planted indigenous natives.

The garden has grown to the point where it has become self-mulching with a deep layer of leaf litter. This has its down side as a bush turkey has read the “Land for Wildlife” sign at the front gate and has built his nest right in the centre of one of the large gardens still having its understory planted. He has cleared a very large area around his nest, taking no care with anything in his way, and takes great delight in digging out any recent plantings all over the garden, and even half the plants in the nursery.

Rough paths, mainly for access for the wheelbarrow, wind around the beds; but I enjoy just wandering through the beds as you do in the bush. Grass areas are kept to a minimum and these are never watered. The garden itself is only watered when plants are very new or stressed as we are not on town water. 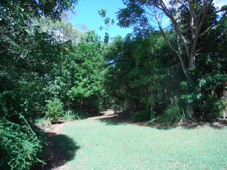 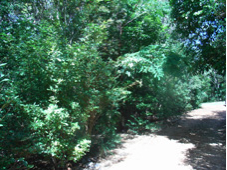 Usually I don’t enter the local garden competition, but last year the garden was looking so good I entered on the spur of the moment. I regretted it as soon as I had, so I was overjoyed when it was announced winner of both the Native and Acreage Gardens awards.  Then that excitement was crowned when it also won Reserve Champion - the first time a native garden has ever come anywhere near winning the major prize.  Now I think I can just rest on my laurels and just enjoy my bit of bush.

Below is a list of excursions and activities planned for 2012.

Visitors are welcome to attend up to three excursions before becoming a branch member.


Please register with Ruth Crosson on 4972 1447 for any excursions you would like to attend.

Participants are asked to bring a first-aid kit, food and drinking water and ensure that they have sufficient petrol for the day. Remember to bring your camera and a notebook.

Species lists are available for some areas by pre ordering by the Friday preceding the excursion.

Posted by SGAP Gladstone Branch at 9:14 PM No comments:

Useful Link:
The Atlas of Living Australia
Nearly every species is shown with photograph, distribution map and description.

www.ala.org.au
Posted by SGAP Gladstone Branch at 7:54 AM No comments:

Plant lists for each shire:
http://www.derm.qld.gov.au/wildlife-ecosystems/plants/index.html

Weed spotters - links to other sites
http://www.derm.qld.gov.au/wildlife-ecosystems/plants/queensland_herbarium/weed_spotters_queensland_network.html
Posted by SGAP Gladstone Branch at 8:30 AM No comments:

New Land for Wildlife Notes
Download from: www.seqcatchments.com.au/LFW.html
Posted by SGAP Gladstone Branch at 9:38 AM No comments:

The Creek in our backyard: A practical guide for landholders

Download the free booklet from: www.saveourwaterwaysnow.com.au
Posted by SGAP Gladstone Branch at 9:30 AM No comments:

Plants for Cyclone Prone areas - See this great article: http://www-public.jcu.edu.au/discovernature/choosingplants/index.htm
Posted by SGAP Gladstone Branch at 10:41 AM No comments: